The following edition of Lit, Wit, and an Oven Mitt is brought to you by Pumpkin Pasties, paragon pastry of the Hogwarts Express. 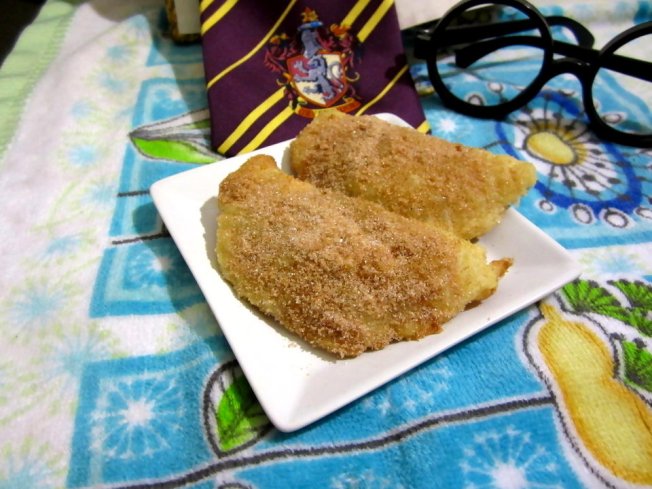 “For heaven’s sake, Harry, what are you doing?”

Harry ignored her and reached around her for a greenish-blue bottle on the counter, keeping his wand fixed steadily on the cauldron simmering beside him.

“Give it a rest already, Hermione,” Ron said, unwrapping a Chocoball that had appeared from some deep recesses of his robe pocket. “You’ve been at him ever since we came down here. Can’t you just let him be?” 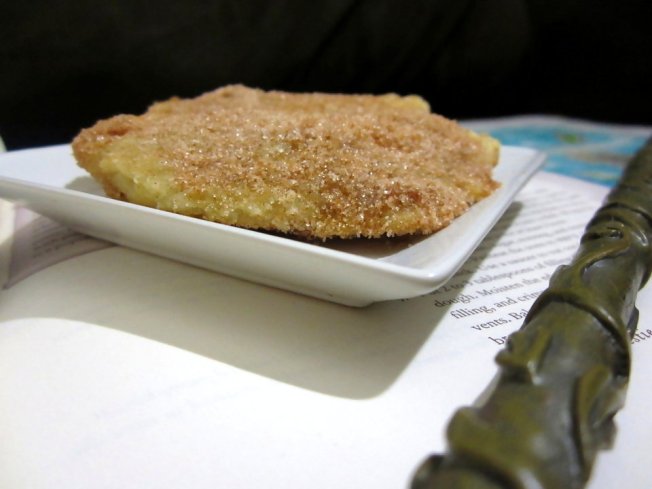 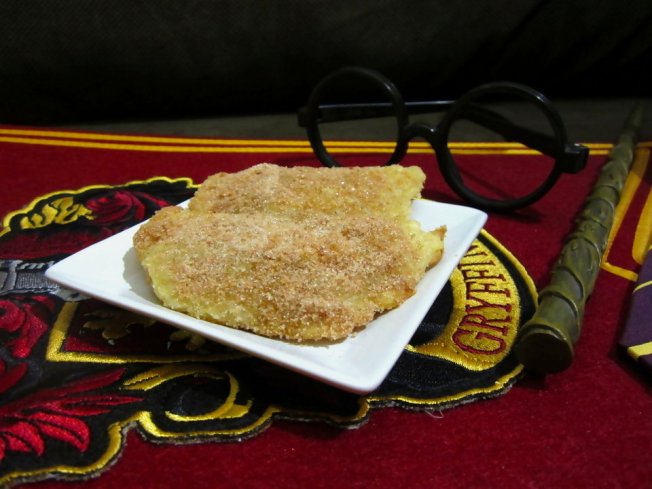 “That’s because in the first place, we’re not supposed to be down here,” Hermione hissed, “and more importantly–“

Ron snorted. “You-Know-Who’s waiting upstairs looking for us and you’re worried about getting caught in the school kitchen? And here I was thinking you were supposed to be the clever one of us three…”

“More importantly,” she repeated, stamping her foot on the ground with such force that Ron actually dropped his Chocoball, “Volde–oh, for goodness’ sake, Ron, don’t eat that–Voldemort is waiting for us, and you’re sitting here tinkering around with a cauldron?” 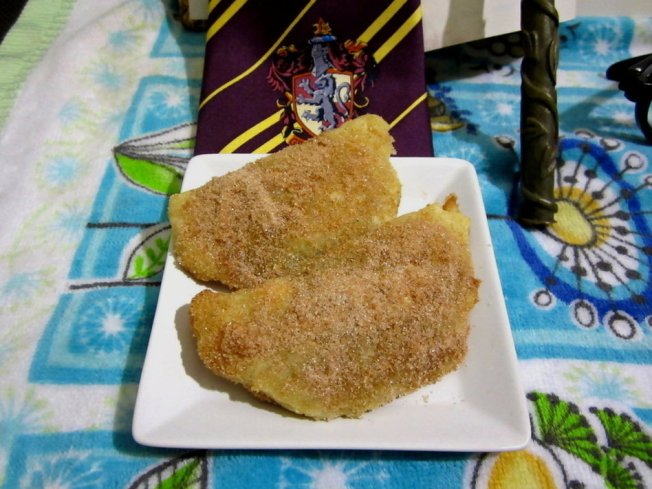 “You–you’re–you’re not–what do you think you’re going to do with those at a time like this, chuck them at Voldemort and his Death Eaters?

Harry muttered something about “photos” and “the more pastries, the better.”

“Well, he duff haf a pointh–oopth,” Ron said, spraying bits of chocolate onto Harry’s sweater as he reached for a tray of treacle tarts that had been abandoned on the counter of the empty kitchen. “Sorry, ‘arry.”

Hermione whirled on him. “He has what?”

From behind them, a small explosion sent a flash of bright orange whizzing out of the cauldron. Harry hunched over it and murmured something that caused a stream of sugary sparkles to emit from the tip of his wand.

Ron, meanwhile, leaned carefully away from Hermione–just far enough to put a safe distance between her fist and his nose–then he finished chewing and shrugged. “Well, I mean, there are so many pictures, we’re not exactly running out of time here or anything, are we?” 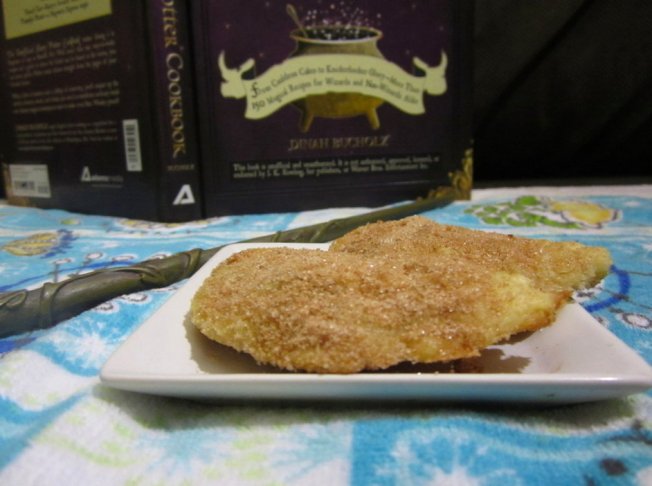 “Ronald Weasley, you have exactly five seconds to explain yourself before I hex you and send an owl to your mother telling her why her son is missing his beautiful nose–“

“Oy, careful where you point that thing!” Ron said, backing up hastily as Hermione pulled her wand out of her robes pocket and aimed it at him with a furious look. 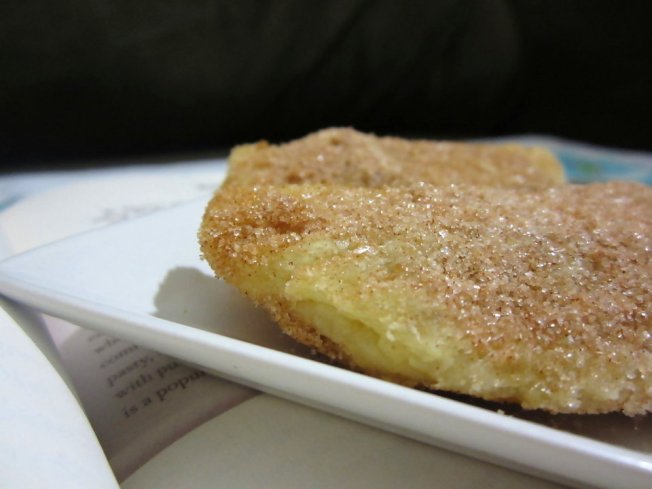 “Bloody–come on, Hermione!” Ron dropped his half-eaten treacle tart and held up his hands. “I was just talking about the pictures, okay?”

Hermione’s eyes narrowed. Her wand moved up about half an inch, so that it was pointing straight between Ron’s eyes.

“Come on, you know, the pictures, Hermione, the pictures in the story! Point that thing away from me–go on, look down!”

Hermione glared at him for a moment, then glanced down. And this is what she saw: 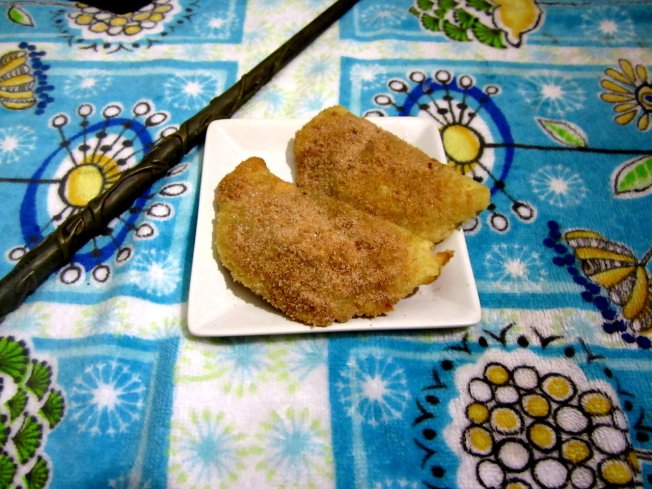 “Hey, th-that’s my wand!” she squeaked, her finger trembling as she pointed it at the photo that appeared as if by, well, magic before her eyes. It looked as clear and colorful as it would have if the plate and wand had been sitting right under her nose.

Ron yawned and leaned back in his seat so that it teetered dangerously on two legs. “Yeah, I suppose it is.”

“What do you mean, you suppose–“ 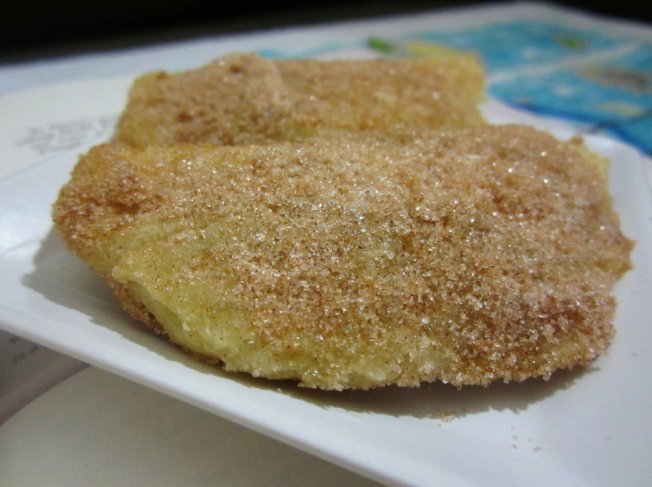 “Hermione,” Harry said suddenly, looking around, “could you stop screaming for a minute–“

“Stop screaming?” Hermione said, her voice rising hysterically. “My wand is out there, in goodness knows what alternate universe, and you want me to stop–“

“Yes, I think that’s what people generally mean when they say you should stop screaming,” Ron interrupted. “And anyway, don’t tell me you don’t know about the Narrative!” 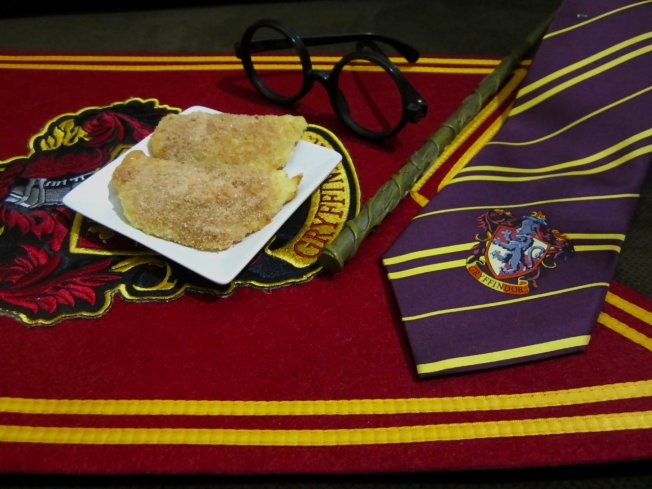 “Don’t be silly, Ron, this is no time to bring up narratives, what do you think I’ve spent all those years in the library–“

“Not ‘narratives,’ Hermione.” Ron rolled his eyes. “The Narrative. Go on. Look again.”

Her eyes shot daggers at him, but she did as she was told. 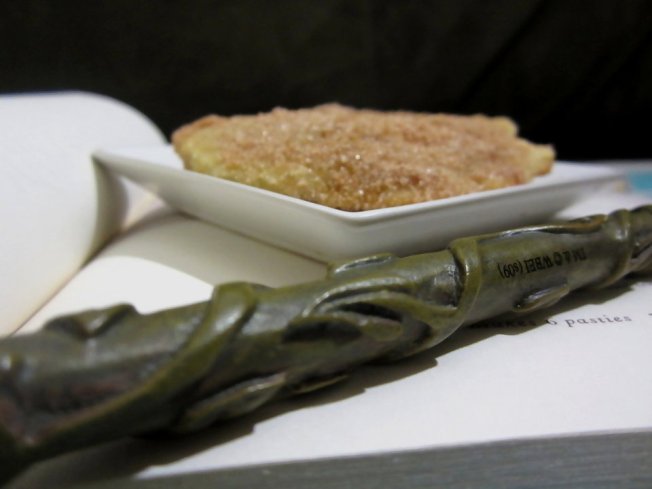 “Do you believe me now?” Ron asked, taking a large bite out of a mysterious-looking pastry now.

“It’s a copyright and serial number for idiot fans who spend their money on that sort of thing,” Harry said without looking over. “Haven’t you read about it in–“ 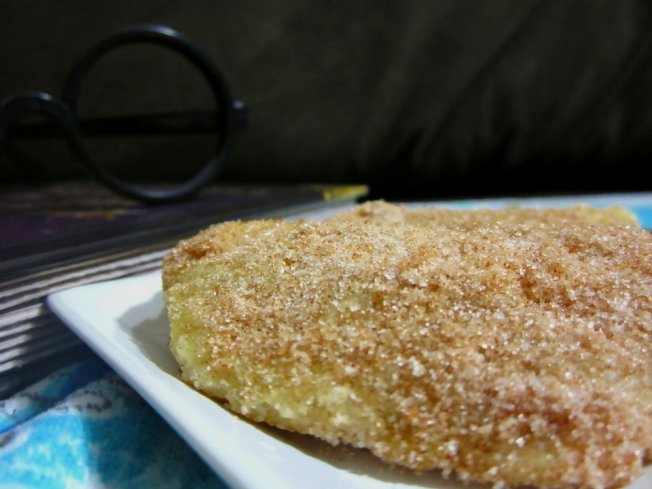 “Oh my god,” Hermione said, her breath coming in short gasps now. “Are you telling me I’m having a metafictional existential crisis–as a character in a book?”

“Well, there’s only one way to settle this,” Harry said, tapping the side of his cauldron three times with his wand. “Ron?”

“Sure.” He looked up. A glazed look came into his eyes as he stared off into space with his head flung back, and then they suddenly focused again on some far-off point, as though he was looking directly through a fourth wall. “Narrator?” 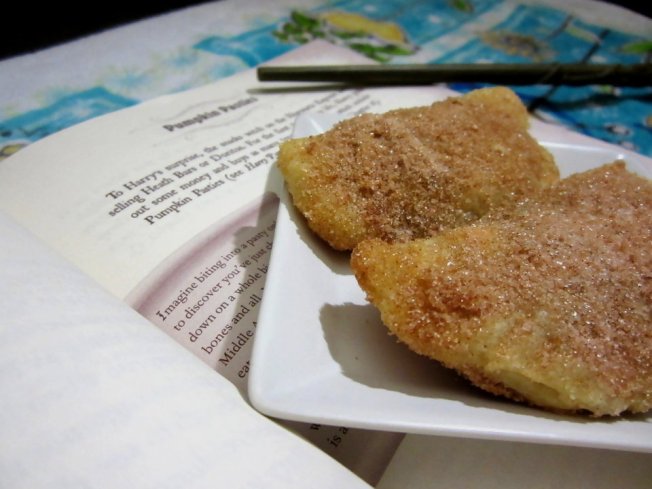 “Yeah, that’s great,” Ron said, winking as Hermione uttered a faint moan next to him. He grinned as he turned towards her. “Hermione?”

“Hermione, you all right?”

She was shaking her head so hard it seemed in imminent danger of being shaken right off her neck.

“I look terrible in that illustration,” she whimpered, her lip trembling.

“Wait until she sees our picture for the Felix Felicis scene,” Ron whispered to Harry with a grin. 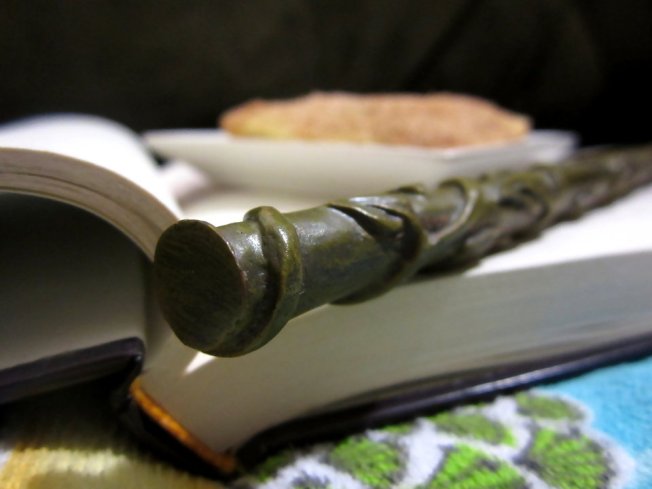 After several minutes had passed, in which the warm smell of something baking wafted into the air that made both Ron and Harry sleepy, Hermione frowned. “So what happens now? If, you know…up there,” she finished in a whisper, pointing up at the ceiling.

“I guess it’s up to the narrator,” said Harry. “I know this one. She’s pretty nice.”

“Yeah, that’s what I meant. If we have all these pictures, it’s pretty clear You-Know-Who isn’t going to just barge in here, whip out his wand, and Avada Kedavra all of us to smithereens–“

Behind them, there was a sudden sharp noise that sounded like–

“Avada Kedavra!” a high-pitched voice screamed as a burst of green light filled the room.

Smithereens were all that anyone ever found of Harry Potter and his friends. 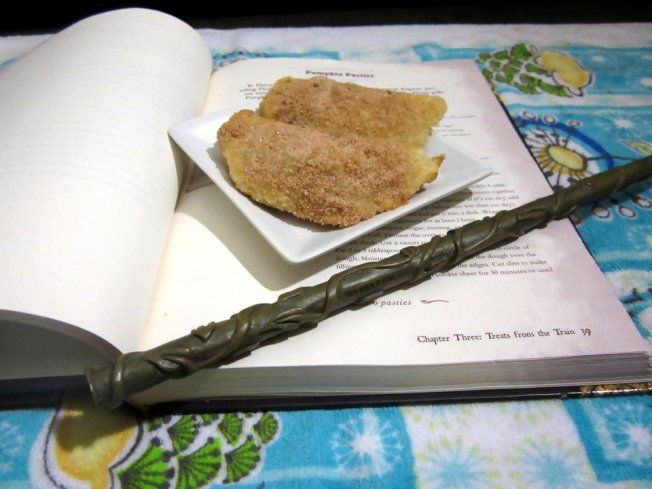 Actually, after the pumpkin pasties finished cooking, they went upstairs, confronted Voldemort and the Death Eaters, passed around pumpkin pasties and cups of pumpkin juice, and these were so good that all of them agreed never to fight again if Harry would share his recipe. They lived nice long lives and together started a new S.P.E.W. (the Society for the Production of Edible Wares), the proceeds of which went towards finding out a way to circumvent the exception to Gamp’s law in which you can’t create food out of thin air.

Because that’s just a dumb magical restriction to have around anyway.

I believe Harry and Voldemort even follow each other on Pinterest now. Word has it that Harry’s a prodigal baker. 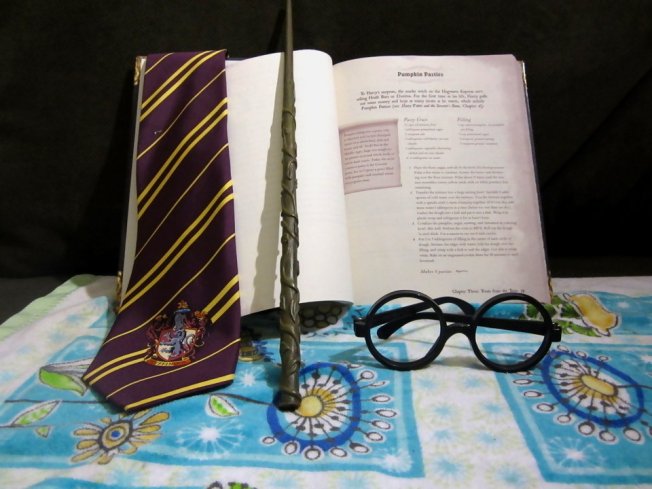 Happy holidays, all! And watch out for creepy-looking hags sitting at the table right next to yours when you’re celebrating. Enjoy these pumpkin pasties!

This post is part of the Lit, Wit, and an Oven Mitt (LWOM) series here at Wallflour Girl, where Ala takes a popular or classic literary character and uses him/her/it to tell a story about her recipes.  Ala is an English literature graduate student with a strong interest in children’s literature, Victorian lit, and everything in between, beyond, bubbly, or burgundy. Ala does not own the rights to any of these characters or original literary texts, although she does own a really cute Winnie-the-Pooh balloon-shaped stuffed-animal. This series is intended to offer you a glimpse into her world through our shared love for food. Please let Ala know what you think of these stories–she’d love to hear what you think (and I’m sure the Society for the Production of Edible Wares is keen to hear it, too). She also loves a good cup of butterbeer by owl mail, if you know what she means.

12 Replies to “LWOM: Pumpkin Pasties (for a Very Harry Party)”